Microfluidics Application: What is the Polymerase Chain Reaction PCR?

Microfluidics Application: What is the Polymerase Chain Reaction PCR?

The polymerase chain reaction (PCR) is a biochemical method designed to amplify a single or a few copies of a piece of DNA across several orders of magnitude, generating thousands to millions of copies of a particular DNA sequence.

The technique was developed in 1984 by the American biochemist Kary Mullis who received the Nobel Prize for developing it in 1993. The technique amplifies specific DNA fragments from minute quantities of source DNA material, even when that source DNA is of relatively poor quality.

PCR has developed into the standard method for the identification and replication of DNA strands and is nowadays a key element in modern techniques of genetic analysis which finds its application ranging from pathogen detection to genetic fingerprinting in forensic laboratories. 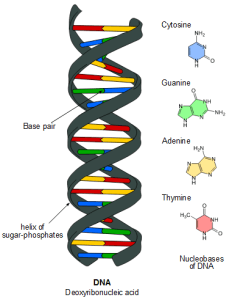 Due to its high specificity, PCR is playing now a major role in future individualized medicine, namely in point-of-care diagnostics (POC).

The principle of PCR is the multiplication of defined strands of DNA with the use of enzymatic polymerase molecules. The duplication of a DNA strand is carried out in three principle steps:

– Denaturation: In the first step, the mix is heated to 95 ºC so that the hydrogen bonds that stabilize the original double stranded DNA break and it splits in two single-stranded DNA-molecules.
– Annealing: This step takes place at lower temperatures, between 50 and 65°C, and once the temperature is reduced, the small complementary DNA-molecules (so-called primers) attach themselves to defined sites of the single-strand DNA molecules (“prime annealing”).
– Elongation: The temperature is raised up to 72 ºC, specific to the thermostable DNA polymerase. The polymerase molecules attach themselves to the single-stranded DNA and form the complementary DNA strand (“primer elongation”), leading to a final identical copy of the original double-stranded DNA.

These two molecules then undergo the same cycle again and again, which leads to an exponential growth of the number of identical DNA strands which at the end of the process exists in a sufficient amount to be used for further analysis or other purposes.